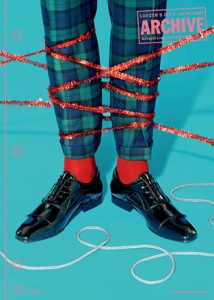 The latest issue of Lürzer’s Archive, Vol. 6-2018, is about to be published and it is also the final issue for this year. I’ve told you before that in terms of print campaigns featured, Turkey did extraordinarily well, with a total of eleven campaigns in Vol. 6-18. But what about the other countries?

Nothing, of course, can top a creative powerhouse such as Brazil, or has topped it in most of this year’s six issues. Once again, the Latin American country takes pole position with no fewer than a stunning 22 print campaigns, followed by the US with 15. And in third place – there you have it – is Turkey with eleven.

In Film in Vol. 6-2018, we’re presenting you with 36 film campaigns, with the early deadline for this issue having prevented us from featuring many Christmas commercials. This may or may not be a drawback since, in my opinion, most do now seem to have become a little formulaic. (Which is not to say that there aren’t any gems at all this year. I’m going to present them to you next Friday.)

The country with the highest number of film campaigns is, unsurprisingly, the UK with six, followed by Brazil and Spain with four each, and the US, France, Germany, and Sweden with three, respectively.

The Digital section of our latest issue was curated by Rimantas Stanevicius, CD and partner at Lithuania’s most awarded agency, Milk, in Vilnius, Ltihuania. Of the 15 digital pieces he selected, three were from Georgia, and two apiece from the US and the UK. The interview with ‘Rimas’ is titled “We try not to dwell on past glories.”

The interview, which you will find at the front of the magazine, is with graphic design superstar Stefan Sagmeister, who, together with his design partner Vivien Walsh, has just published a book titled “Beauty.’’ Our interview with him is, somewhat wistfully, headlined “Beauty doesn’t automatically make you happy.”